Can CrossFit stack up to Traditional Training Methods? 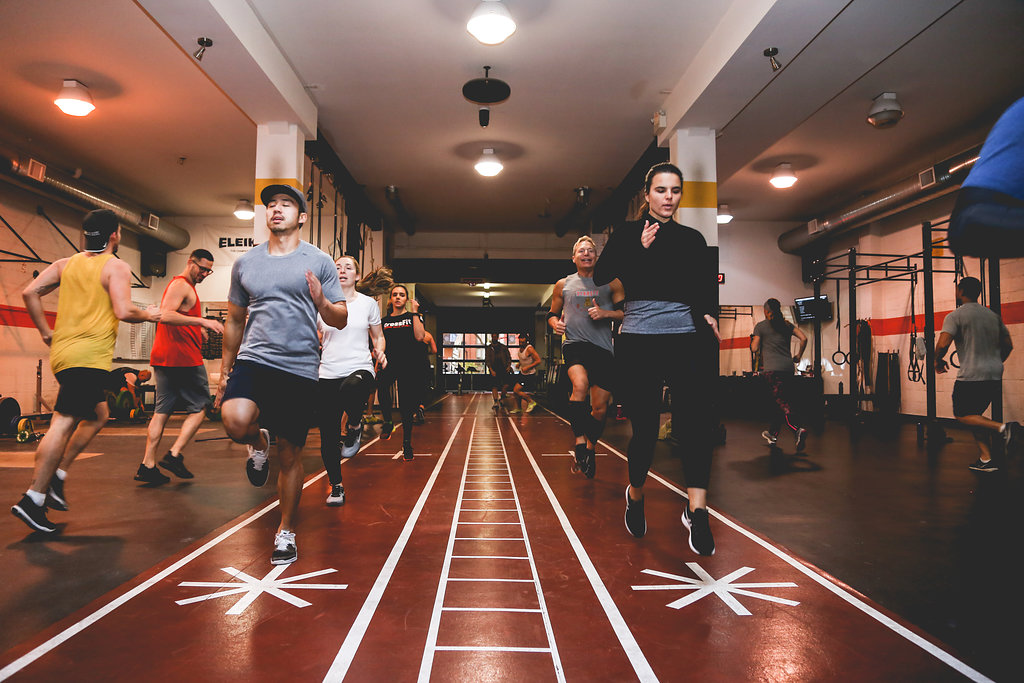 If you Google the definition of CrossFit you will be told that CrossFit is “a high-intensity fitness program incorporating elements from several sports and types of exercise”. A more detailed description would be that CrossFit incorporates “constantly varied, high-intensity, functional movements over broad times and modal domains.” Breaking this down it basically means that we as CrossFitters do lots of different things within a range of time frames. Just think about all the WODs you have done this week, they have all had different movements and have been anywhere between 5-minute sprints to 30-minute sweat fests.

With such variation, one can argue that CrossFit can prepare the average person for several different scenarios in everyday life, for example running for the bus or carrying your groceries or even running for the bus WHILE carrying your groceries up a hill. For real though, CrossFit often speaks about helping you move better so you can enjoy your life to the fullest. Sounds awesome, right? To some extent, yes it is, but what about athletes who have specific sports? Could CrossFit be a good addition to their Traditional Training? Is it better?

With the massive success of The CrossFit Games over the last few years, we have seen the broad training methodology evolve for the top 10% to include more specific programs. Say hello to CrossFit Endurance (CFE). CFE describes itself as “CrossFit Endurance is an endurance sports training program dedicated to improving performance, fitness and endurance sports potential”. It is true that power and speed are critical components to success in the endurance world. CFE aims to eliminate unnecessary training volume while increasing intensity. The programming is structured, sport-specific and seamlessly integrated with Olympic lifts, powerlifting, gymnastics movements, explosive activity, and mobility-based support. In short, it is still CrossFit but with the focus being on improving your endurance more so than overall everyday functionality.

The question is, using CFE as an example, can CrossFit replace Traditional training methods for specific sports? Recently there was a study published in the International Journal of Sports Physiology and Performance which compared CFE training against traditional running protocol in the hopes of figuring out which was more effective. A question of Old School or New School?

Now, I am no expert on running protocols but according to Runner’s World the idea is to undulate intensity. Intensity is varied by the day, with most workouts are either very hard (a day that may well include some intervals) or pretty easy. More than a few studies have found it to be better than high volume training, lactate threshold training, or HIIT alone.

Now for the interesting part, the result of the study. For twelve weeks, 21 recreational runners trained five days a week. One group spent half the time doing CrossFit and the other half running. When the two groups were compared the old-fashioned polarized training improved the athletes VO2 Max. VO2 max, also known as maximal oxygen uptake, is the measurement of the maximum amount of oxygen a person can utilize during intense exercise.

Both groups had very similar improvement in their 5km run time and body composition. So, CFE wasn’t a waste of time plus, the CFE group probably got better at moving, pulling, and lifting than the run only group.

So for top-level runners, or any top-level athlete, could CrossFit be a useful tool? Potentially yes, but it should not be the main focus for such athletes. It is much better as a supplemental training method.

Sadly, there weren’t that many people in this study and there are very few other studies like it, so the results cannot carry much scientific weight. More research and studies are needed before any conclusive statement can be made on the matter. But in saying this it’s great to see the body of academic studies on CrossFit continue to grow.

What are your thoughts?